Share a memory
Obituary & Services
Tribute Wall
Read more about the life story of Davis and share your memory.

Davis (“Dave”) Flood Matheny passed into eternal life on September 14, 2021 at his home after a long battle with congestive heart failure. He was 85.

Dave grew up on various Army Air Corps and Air Force bases around the country. As is often the case with artists, his talent for drawing showed itself at a young age. He attended the United States Naval Academy before acting on his desire to become a pilot in the Air Force. His poor eyesight, however, kept him from realizing that dream, and he then attended the University of Minnesota. Here he drew illustrations for the Minnesota Daily, the campus newspaper, which led to his working as an illustrator for an international students' magazine in Holland. Here his two sons, Kevin and Michael, were born. In 1968 Dave and his first wife Marilyn and their two sons returned to the United States and he began working at the Minneapolis Star as an illustrator. After the Star and the Tribune merged in 1982, Dave began to write feature stories in addition to his illustrations for the new Star Tribune.

In September of 1984, Dave met the love of his life, artist Jean Sherlock, at Hansen's Harbor in Lake City. They were married on June 14, 1986. They lived for two years in south Minneapolis before building a home in Ramsey, Anoka County, where they lived for 22 years. Together they shared many interests and adventures - sailing, flying, skydiving, art, travel, shooting, music, and many more. Dave had a lively wit and a keen mind, always ready to take on a challenge or learn something new.

Dave's passion for aviation continued to grow. He achieved his pilot's license and was able to experience flying many different kinds of aircraft, including gliders, balloons, WW2 bombers and trainers. He was especially thrilled to participate in dogfighting in Air Combat USA Marchetti aircraft.

Music was also important to Dave. He played the guitar and enjoyed a wide range of music including bluegrass, Irish folk, sea shanties, and classical.

From 1992 to 2001, Dave and Jean spent part of their summers as Artists in Residence at Sylvan Lake Lodge in Custer State Park in the Black Hills. Dave drew portraits while Jean worked on location painting landscapes. They fell in love with the Black Hills and made annual vacation trips there through 2020. They also enjoyed several National Review cruises, the last one being a transatlantic crossing on the Queen Mary 2. They were frequent visitors to the North Shore. Jean and Dave also made many trips to EAA's Air Venture airshow in Oshkosh, Wisconsin.

After Dave left the Star Tribune in 2001, he embarked on what he regarded as his dream position: He wrote and illustrated for EAA's Sport Pilot and then Sport Aviation magazines. Dave had a monthly column in which he wrote about and illustrated Light Flight - ultralights and other small aircraft - as well as general aviation wisdom. The combination of his witty writing and wonderful illustrations proved very popular with EAA's magazine readers. Dave enjoyed working for EAA until poor health forced him to retire in January of 2020.

Dave's Catholic faith was very important in his life, and he and Jean were very active in their parish, Holy Family in St. Louis Park. He had a special devotion to Our Lady.

In September of 2010, Dave and Jean moved to Lake City, where they had met so many years before, and began slowly renovating their 1897 home. In 2015 they purchased a 1946 Ercoupe aircraft which they kept at Red Wing Airport, and until Dave's health declined, they enjoyed many flying adventures together. They enjoyed the camaraderie of the pilots at the airport, and many a fine summer evening was spent “hangar flying” with pilot friends after sunset.

Dave will be greatly missed by friends and family, and by the many people he reached through his writing and artwork.

Funeral Service will be Wednesday, September 22, 2021, at 11 am at St. Mary’s of the Lake Catholic Church with Father Matt Fasnacht and Father Paul Haverstock officiating. Burial will be at St. Mary’s of the Lake Cemetery in Lake City. Visitation will be one hour prior to the service at the church. A rosary service will be held at 10:40 am at the church. Online condolences may be left for the family at www.mahnfamilyfuneralhome.com

Our family owes tremendous gratitude to Dave's wonderful Mayo cardiologist, Dr. Daniel Borgeson. It is because of the excellent care received from Dr. Borgeson over the past 11 years that we were able to celebrate so many birthdays, wedding anniversaries, and holidays together. Thank you, Dr. Borgeson!

Our family would also like to thank Mayo's in-home hospice team who helped so much with Dave's care in his final days, especially Kiera, his hospice nurse

To send flowers to the family or plant a tree in memory of Davis Flood Matheny, please visit our floral store. 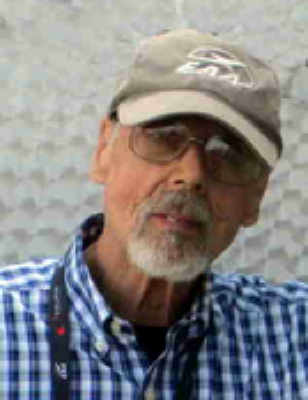