Share a memory
Obituary & Services
Tribute Wall
Read more about the life story of Dolly and share your memory.

Dolly (Muriel) Louise Ylvisaker, 93, of Zumbrota, MN, passed away peacefully at her home on the morning of Wednesday, January 11th. Dolly was born at home on her family’s farm in Belle Creek Township, MN on July 18th, 1929, to Ida and Bastian Okkelberg. The fifth of six siblings, her older sisters nicknamed her Dolly Tusa Krultop, meaning “Dolly Little Curly Top”. She wrote in a diary that “in spite of long names, I was the only one with a nickname.” People would continue to call her the name Dolly throughout her life, often never knowing that it was an adopted one.

Dolly graduated high school in Wanamingo. She met her future husband, John Olney Ylvisaker, on a blind date. While he was serving in the Navy she worked in Minneapolis at the Soldiers’ Home, and they kept a continuous correspondence with each other. She married John on September 11th, 1948, and joined him in Decorah, IA while he completed his education at Luther College. During this time, she worked as a secretary and stenographer in admissions for the education department. It was then that she encouraged John to become a teacher.

Dolly and John lived for some time in Elbow Lake and Princeton before returning to Zumbrota after John was offered a job as a teacher at Zumbrota High School in 1957, residing in “the big house” on Mill Street. The home in which John spent some of his childhood years would become their permanent residence, offering a gathering place for a multitude of friends and family from all across the country. Dolly and her family hosted people from just about every continent in the world. In this big house (described as such throughout her long life) she would raise five children: Jon b.1951, Kent b.1952, Eric b.1953, Jean b.1958 and Rolf b. 1963.

After retirement, Dolly and John spent 24 years together traveling the country with their camper in tow. They visited friends and relatives along the way and made many new friends. When asked shortly before her death about her favorite trips, she recounted her visits to the North Shore and Grand Marais with “Dad” (affectionately referring to her late husband). Her very favorite memory was learning to ride a bike under the instruction of John, who had returned home from work one day with a new bicycle for her. She said it was “such a thrill riding with Dad that day”, and from then on they would enjoy riding on their many trips, the bicycles stored in the camper.

Dolly was closely involved with her community and her church, having a limitless sense of civic pride and a heart overflowing with kindness and generosity. She served “meals on wheels'‘, donated blood regularly, and kept correspondence with countless friends and relatives throughout her life. Anyone that crossed the threshold of her home would be met with an enthusiastic welcome and not permitted to leave without being fed abundantly.

Funeral services will be held at United Redeemer Lutheran Church in Zumbrota, MN on January 27th, 2023. Visitation hours are 12:00-1:45 followed by a service at 2:00. For those who are unable to attend, the service will be livestreamed via United Redeemer Lutheran's livestreaming service.  In lieu of flowers, Dolly requested that donations be made to the Humane Society. To share a special memory or condolence, please visit www.mahnfamilyfuneralhome.com

To send flowers to the family or plant a tree in memory of Dolly Louise (Okkelberg) Ylvisaker, please visit our floral store. 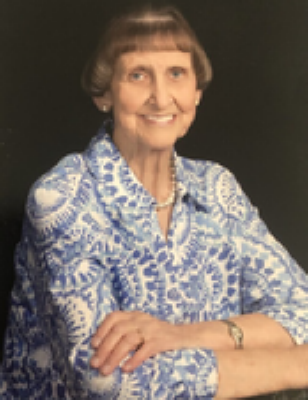