Share a memory
Obituary & Services
Tribute Wall
Read more about the life story of Philip and share your memory.

Philip Breuer, 61, of Red Wing passed away Wednesday, January 18, 2023 at Mayo Clinic Hospital, St. Mary’s Campus in Rochester.  He was born February 7, 1961 to Eldon and Gladys Breuer of Lake City, Minnesota.  He attended Goodhue Public Schools and graduated in 1980.

Phil grew up on the family farm in rural Lake City.  He lived with his parents until he moved to the Jordan Towers in Red Wing.  He worked for Heaney and Gorman grocery store 20 years; he also worked at Heat n Glow (Lake City), Treasure Island and Walmart.

Phil enjoyed going to Prep sports events.  Most of all he liked attending Goodhue Wildcat games.  He kept many notebooks of athlete’s stats.  In the summer he enjoyed Red Wing Aces baseball games.

Memorials are preferred to Phil’s family.  They are planning a memorial to the Goodhue High School Athletic Department.

A Memorial Service will be held 11 am, Friday, January 27, 2023 at St. John’s Lutheran Church in Red Wing. Visitation will be held one hour prior to the service from 10 to 11 am. Arrangements have been entrusted to Mahn Family Funeral Home, Bodelson-Mahn Chapel. Online condolences can be sent to www.mahnfamilyfuneralhome.com.

To send flowers to the family or plant a tree in memory of Philip Jon Breuer, please visit our floral store. 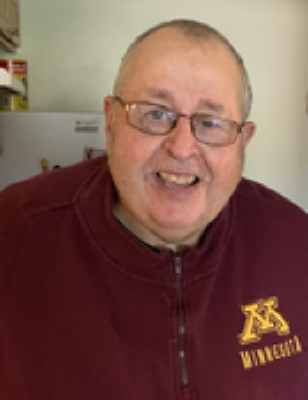